Isabelle and Louis’ – A Twin’s Story 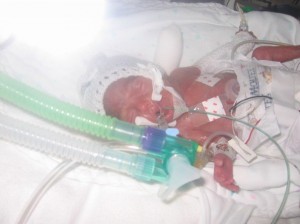 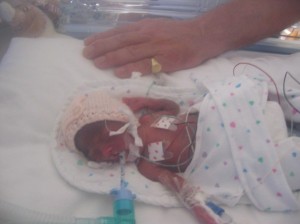 Isabelle and Louis were born prematurely at 24 weeks by emergency caesarean section at the Royal Berkshire Hospital in July 2006. Isabelle weighed 1.5 lb (590 kg) and Louis weighed 1.8 lb (680 kg). They both were ventilated from birth as they suffered from Chronic Lung Disease which meant they were on the ventilators for around 8 weeks as they were unable to breathe on their own.

In the first week of Louis’ life he was suspected of having NEC which meant he had to be transferred to the Chelsea and Westminster hospital for bowel surgery. It was very distressing to see Louis go through the surgery as he was such a tiny baby. The operation was a success for Louis as he only had a small perforation in his bowel although they were difficult weeks as we had to travel between Buscot Ward to visit Isabelle and London where Louis was recovering from his surgery.

It was a relief to have Louis return to Reading although we knew that he would have to return to the Chelsea and Westminster to have his stoma reversed once he had become 2 kilos. This happened nearly four months after his first operation.

It was slow progress for the twins whilst at Reading as we knew they had to put on weight in order to go home and reach their due date which was in November. Every ounce they put on was a milestone as they had to reach around 5 lb in weight before they could go home. We had plenty of setbacks along the way such as getting infections and problems with their medication. Just as Isabelle was about to come home she got RSV which is a respiratory virus and she had to stay in hospital until she got better. Louis also had to go through laser eye surgery to correct his eyesight. Even though he wears glasses now we are hopeful that this will not be a long term requirement and this is due to the amazing work of the Ophthalmology team. 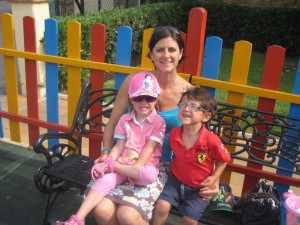 Isabelle and Louis with their mum Ruth, Summer 2010

Isabelle and Louis came home at the end of December 2006 on oxygen therapy as they were both unable to stabilise their breathing without the support of oxygen. They had been on Buscot Ward for four months. Thankfully they did not stay on oxygen for long as their lungs steadily improved. We were delighted to have them home with us after all they had been through. We are so grateful to everyone on Buscot Ward for what they did for the twins as they are both doing very well and have just started at school.